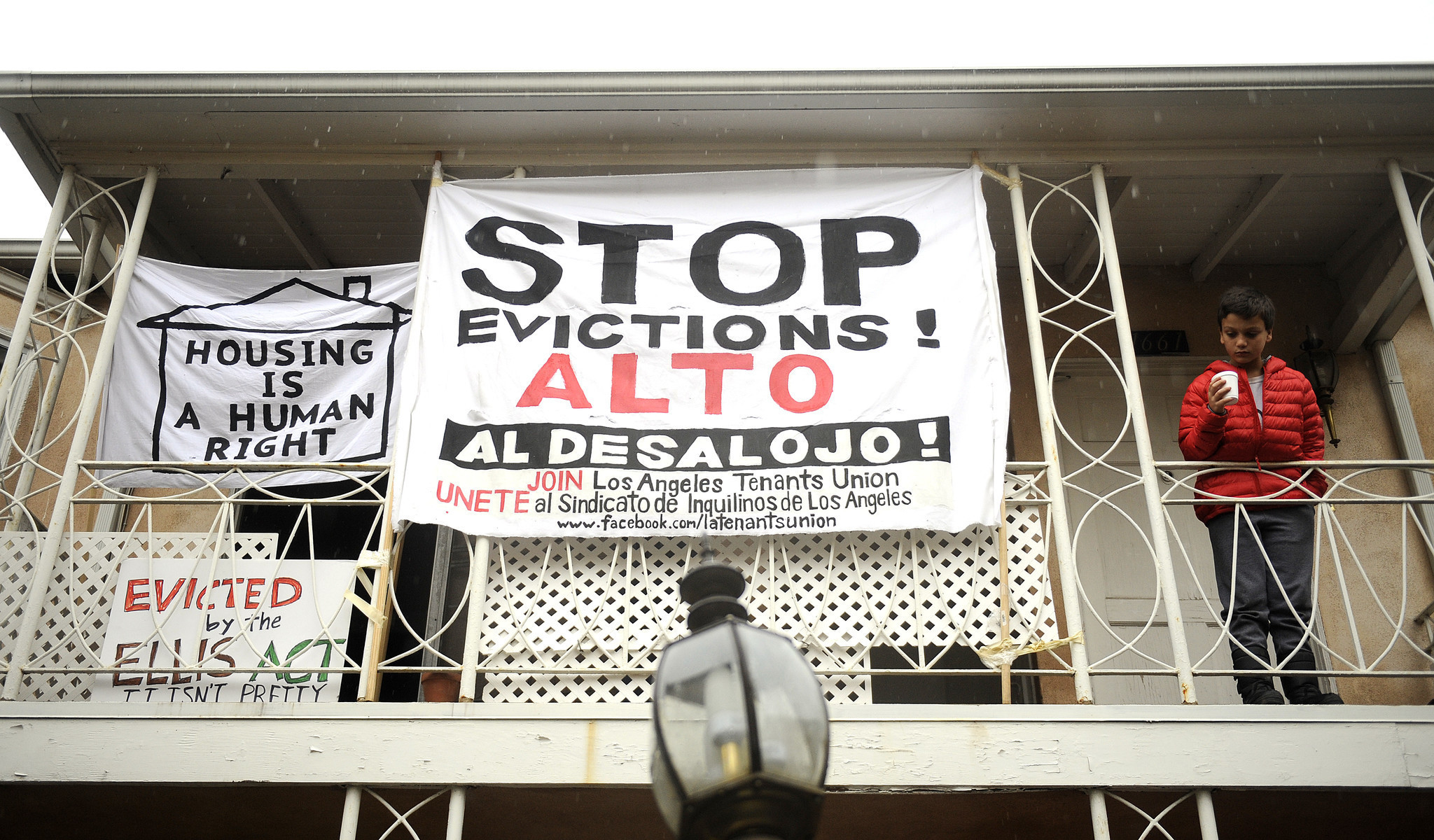 Los Angeles lawmakers voted Wednesday to stiffen city rules surrounding the demolition of rent-controlled apartments. But business groups have challenged whether the plan is fair — and whether it will stand up in court.

Under a California law called the Ellis Act, landlords can eject tenants from rent-controlled apartments if they are tearing down a building or getting out of the rental business.

In Los Angeles, if landlords tear down rent-controlled units and replace them with new rentals within five years, all of those new units fall under city rules that limit rent increases. There’s also an alternative for landlords who want to avoid putting an entire building under rent control: They must designate some of the new units as affordable housing.

Under that exemption, building owners have had to replace all of the rent-controlled units that were eliminated with affordable units or ensure that 20% of the new units are affordable — whichever number was lower.

Now, L.A. will require those landlords to provide whichever number is higher, a requirement that could end up being much stiffer.

Anna Ortega, who oversees rent stabilization programs for the city housing department, said the proposed change was meant to prevent the city from losing affordable units.

“It really depends on the math, but 20% could be fewer than the number that were demolished,” Ortega said.

The change was backed by tenant rights groups who lament that the Ellis Act has had a devastating effect on rent-controlled housing: Between 2001 and 2016, almost 22,000 rental units were eliminated in Los Angeles under the law — about 3% of the rent-controlled housing stock, Ortega told city lawmakers earlier this month.

…The new ordinance also tightens some other rules surrounding city enforcement of the Ellis Act. For instance, it clarifies that vacant units also are covered by the city requirements, a provision added to ensure that landlords do not try to evade the rules after pressuring tenants to leave their apartments…