‘The Mountain’ of Problems in Beverly Hills 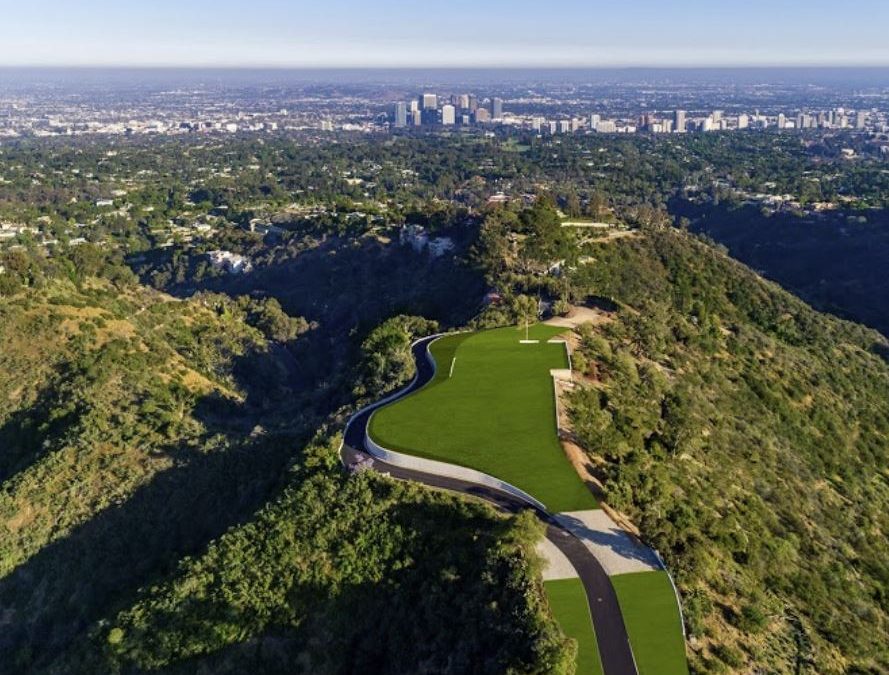 Once listed for $1 billion, “The Mountain,” a property at 1652 Tower Park Drive in Beverly Hills, aptly named for its breathtaking and panoramic views from Downtown Los Angeles to the Pacific Ocean and excessive size encompassing 157 acres (twice the size of Disneyland) over the most famous zip code in the world, seems to also come with an equally astonishing mountain of problems, with the Feds moving in to seize it as the United States Department of Justice alleges the property was bought with money embezzled from the Kuwaiti people.

On July 17th, the DOJ filed seven lawsuits in the U.S. District Court in Los Angeles seeking the forfeiture of real estate and other assets purchased using funds that the cases contend were embezzled by former officials in Kuwait’s Ministry of Defense. The cases filed claim the funds were used to purchase or contribute to the improvement of the enormous property as well as three homes in Beverly Hills, a private jet, sports cars and Manny Pacquiao boxing memorabilia, among other things. The U.S. is seeking to recover over $100 million in laundered funds.

According to the lawsuits, three high-level Kuwait Ministry of Defense officials opened six unauthorized bank accounts from 2009 to 2016 and used the accounts to grease the way for the transfer of more than $100 million in Kuwaiti public funds to California bank accounts connected to the son of a convicted felon. The felon named in the lawsuits is Victorino Noval, a Los Angeles-based businessman who was convicted in 2003 of mail fraud and tax evasion and later sentenced to federal prison and ordered to pay $25 million in restitution.

Noval got involved with the Mountain property around 2010 through his Secured Capital Partners, LLC. Two years later, he became a shareholder of the company that owned The Mountain, partnering with Atlanta developer Charles “Chip” Dickens, who bought the property in a no-money-down deal in 2004 for $23.75 million.

The federal suit does not name the Kuwaiti officials. However, former Kuwaiti Defense Minister Khaled Al-Sabah previously said he invested in the Mountain property with Noval using his personal fortune, but no government funds. Al-Sabah is a member of the Kuwaiti royal family. Last year, Al Sabah filed a $163-million lawsuit against a group of California businessmen that included Noval and two of Noval’s sons, Victor Franco and Hunter.

Ronald Richards, an attorney for companies associated with the Novals, said that the funds at the center of the dispute were wired almost a decade ago and that the foreign national making the transfer had been verified as a member of the Kuwait royal family.

“My client vetted the person and confirmed his/her stature,” Richards said in an email. “Any improprieties relating to funds wired to the United States would be something that my client would have no way of knowing about nor was it shared with him. My client has no need nor interest in retaining any improperly distributed funds.”

Bobby Samini, a lawyer for Al-Sabah, said, “My client stands by the claims asserted in the civil action filed in the Los Angeles Superior Court and maintains his claim that he was defrauded by Mr. Noval and his associates.

Al-Sabah sued Noval in October for $488 million, claiming that Noval duped him into thinking he would get a 50 percent cut of his investment into The Mountain, but instead used that money to finance a “lavish and extravagant lifestyle.”
“My client denies any wrongdoing whatsoever,” Samini said in the emailed statement. “Any suggestion that my client was involved in any illegal activity is incorrect. Mr. Al-Sabah will continue to pursue his legal claims against Mr. Noval in the civil action.”

Last year the enormous hilltop, that once had the highest price tag in L.A. real estate history at $1 billion, sold for an underwhelming $100,000 back to the previous owner, the estate of late Herbalife founder Mark Hughes, at a nondescript foreclosure auction in Pomona’s Civic Center Plaza, since the $45-million debt that was acquired to secure the property eventually ballooned to around $200 million, and the company tried and failed to declare bankruptcy.
Other properties tied to Victor Franco Noval include:

+ A 5,118 sq. ft. penthouse purchased in 2012 for $6.55 million at The Remington Condos Westwood for sale at $14.85 million, listed on the website for Compass agent Kirman
+ A Mediterranean-inspired mansion on Marilyn Drive in Beverly Hills, for sale at $13.9 million, according to a listing on the website for the Altman Brothers, a team with Douglas Elliman
+ The Marilyn Drive property is also listed separately as a lease for $58,000 a month with Victor Noval of Coldwell Banker Realty named as the agent of record

Noval also has the listing for a vacant lot on North Alta Drive that carries an asking price of $15.9 million.

Spread across 17 parcels, six of which are zoned for residential development, The Mountain can be envisioned as everything from an ultra-exclusive enclave of homes to a Huntington Gardens-style oasis for a single buyer and is currently on the market for an undisclosed sum with New York-based Cushman & Wakefield investment-sales broker Doug Harmon.