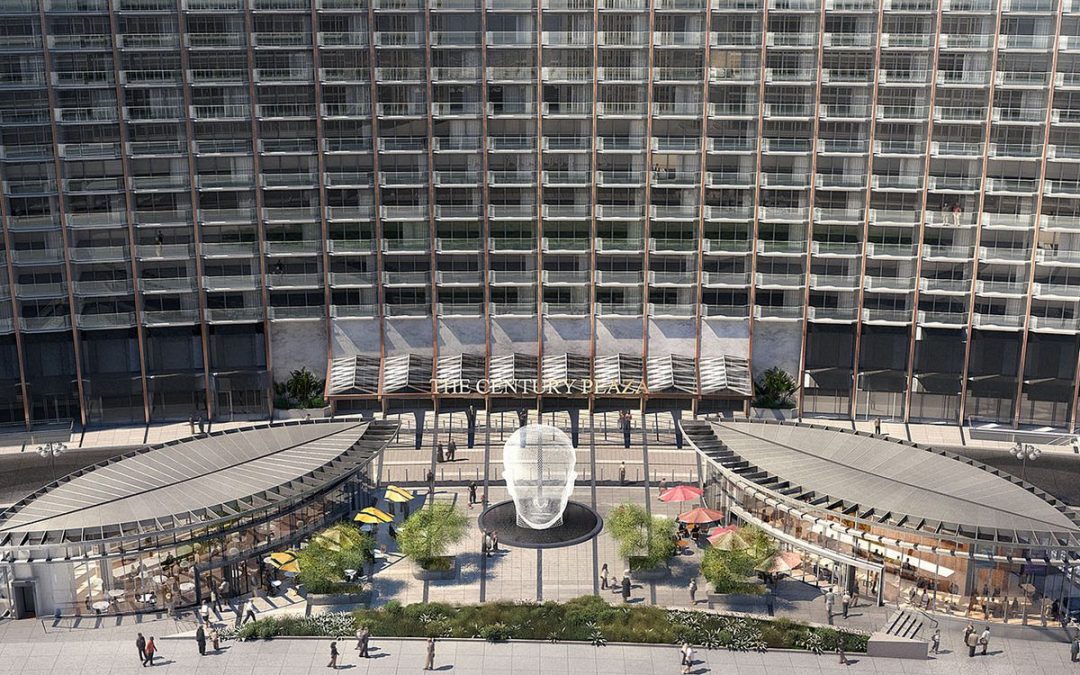 The $2.5 billion Century Plaza development is finally set to be completed in the spring of 2021. The project is centered around the landmark crescent-shaped hotel that has hosted rock stars and presidents since the 1960s.

The fate of the property has been uncertain since Woodbridge Capital Partners Chief Executive, Michael Rosenfeld, purchased it 11 years ago in 2008 for $366.5 million. The developer originally planned on demolishing the hotel however ended up working with the city, architectural groups, homeowners in the area and labor organizations to preserve the hotel.

The ambitious project involves renovating the 19-story Fairmont Century Plaza Hotel, adding 63 hotel residences, building two 44-story high-rise condominium towers with thousands of square feet of lifestyle, retail and restaurant space. The pair of condominium towers behind the hotel will have 268 homes with floor-to-ceiling windows as well as amenities that include marble lobbies, wine cellars, screening rooms, a pool with cabanas, teams of concierges, butlers and valet drivers.

Even though the homes won’t be completed until spring 2021, sales are active with prices ranging between $2 million and $50 million. The developer has already closed more than $200 million in presale deals between both condominium glass towers and hotel residences.

The hotel was built in 1966 by American architect, Minoru Yamasaki, who also designed the original World Trade Center in New York City. The hotel’s renovation will preserve elements original to the architecture such as the classical balconies, gothic architecture and aluminum exterior. Mary Ann Osborn, Woodbridge’s managing director of sales and marketing, said the following, “The project team worked closely with the Los Angeles Conservancy and the National Trust for Historic Preservation to restore the hotel’s splendor from when it first opened.”

The hotel is expected to attract bicoastal and international buyers. In addition to the hotel’s 63 single and double-story residences, there will be a spa, a grand ballroom and a Frence brasserie. The views can be seen from a series of terraces as well as a rooftop pool and bar. The hotel will offer a selection of 400 rooms to visiting guests.