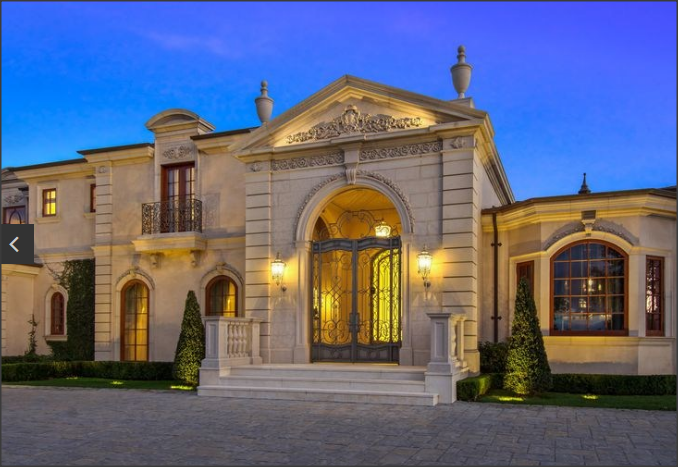 Tull began assembling the hilltop compound seven years ago, acquiring three parcels on the same cul-de-sac in separate transactions, according to listing agent Jordan Cohen. He then privatized the street and embarked on a three-year-long reimagining of the newly formed property.

A fourth parcel was added to accommodate a boutique organic working farm, separate ranch house and glass greenhouse. In total, the estate comprises seven separate structures and a one-quarter-acre lake.

“Having a wealth of land to create an estate on this scale was unique, said Brian Biglin of Biglin Architectural Group, who designed the property. “Throughout Beverly Hills and Bel-Air, you see these estates, but they don’t have land to them,” Biglin said. “That’s a very unique point with this property, because you do have a true estate and you also have the accessory structures.” 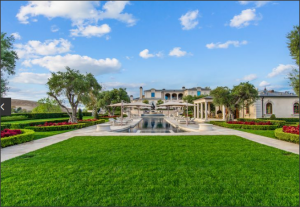 The property “is very similar to a European estate, where you have some 35-plus acres of land with a main estate and a working farm,” he added.

There is 32,000 square feet of living space in the main house including a full-floor master retreat, French-inspired chef’s and commercial prep kitchens, a receiving room, a great room, a grand dining room and a gym.