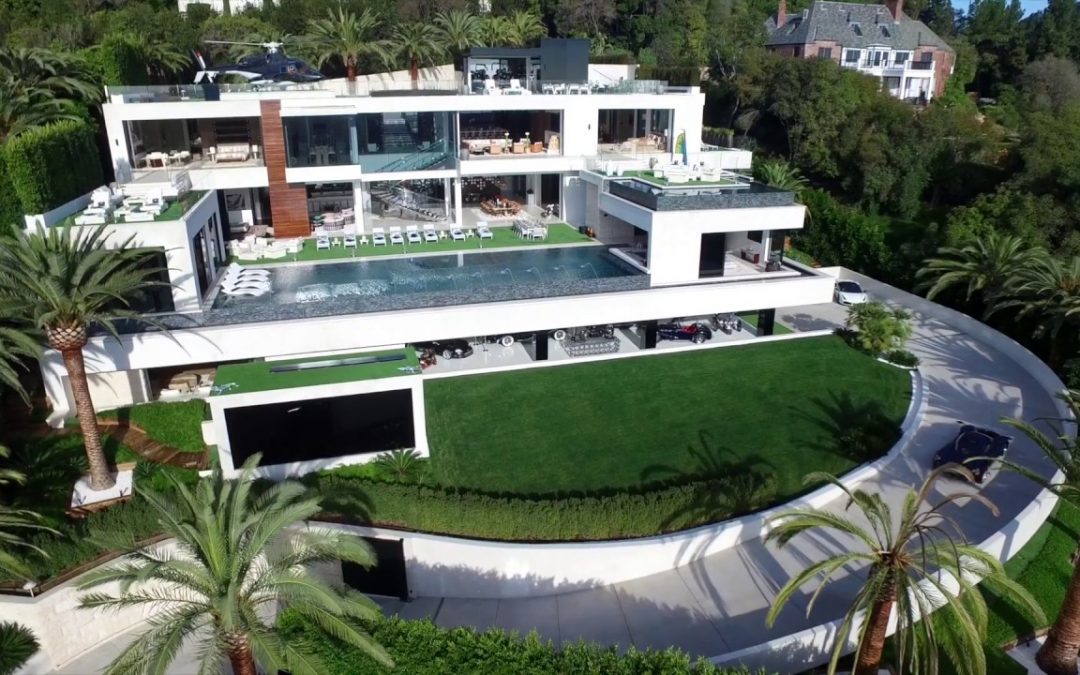 Once known as the nation’s most expensive listing, the Bel-Air mansion that was listed for $250 million in 2017 is back on the market following two major reductions for $150 million.

The developer, Bruce Makosky, had the following to say:

The mansion, that has been named “Billionaire” for obvious reasons, has everything excluding a buyer. The four-story spec-house has 38,000 square feet of 12 bedrooms, 21 bathrooms, five bars, three kitchens, a candy room, a 40-seat movie theater and an over-the-top Louis Vuitton bowling alley. The two wine cellars are stocked with Champagne, the auto gallery is filled with $30 million dollars worth of exotics and motorcycles that include a Bugatti, a vintage Allard as well as a custom Rolls-Royce. A Hobie Cat sailboat sits on an outside deck as well as a helicopter on the roof. The backyard has 17,000 square feet of entertainment decks with 270-degree views from downtown to the ocean. It also boasts an 85-foot infinity-edge pool with a swim-up bar.

If Makowsky gets his $150 million asking price, then it will be the most expensive home ever sold in LA County. The current record is held by an oceanfront property in Malibu’s Carbon Beach that hotelier Peter Morton sold last year for $110 million.

Branden Williams and Rayni Williams with Hilton & Hyland and Shawn Elliott of Nest Seekers are the listing agents.